After breakfast, set off down towards the foot of Stanley Park to rent bicycles at somewhere such as Spokes Bicycle Rentals or Bayshore Bicycles. Once you’re on two-wheels, head over to the seawall and head into Stanley Park. This is Vancouver’s most popular green space, and at 400 hectares, it’s bigger than New York’s Central Park! As you circumnavigate the park, plan to stop for photos at place such as the totem poles, Prospect Point lookout, and the beaches. Continue past scenic English Bay, then head over the bridge to Granville Island.

Granville Island was once industrial land, but in the late 1970s it was reclaimed and transformed into an arts and cultural district. Park your bikes and stroll the island’s streets, exploring the many galleries,  theatres, studios and workshops. Grab a bite for lunch at one of the vendors inside the much-loved Granville Island Public Market, or opt for something more formal at one of the many excellent restaurants on the island. Once you’ve refueled, head over to Ecomarine Paddlesports Centres’ location on Granville Island to take your summer adventure to the water! They offer tours, lessons and straight rentals of both kayaks and paddleboards, and can accommodate everyone from absolute beginners to advanced experts.

With your bicycle, head back over to Yaletown on the downtown peninsula aboard a False Creek Ferry or Aquabus, and then ride back to your bike rental shop via the sea wall. Make the short walk over to the marina in Coal Harbour in time for an early evening Sea Vancouver tour.  These are fast, fun Zodiac tours of the waters around the downtown. They’ll definitely get your heart racing as your skipper takes you over to the North Shore, under the Lions Gate Bridge, around Stanley Park and down False Creek. Grab a picnic dinner and eat al fresco this evening, taking in either an outdoor movie, or Theatre Under The Stars, a nightly musical performed in the heart of Stanley Park.

Today, you’ll head over to Vancouver’s North Shore with West Coast Sightseeing’s “Grouse Mountain and Capilano Suspension Bridge” tour. After being picked up at your hotel, your first stop will be Capilano Suspension Bridge Park, with its namesake bridge swaying 450 ft (135 m) above the Capilano River. The park is also home to the CLIFFWALK cantilevered walkway jutting out over the canyon, and Treetops Adventure: a canopy-walk of seven small suspension bridges anchored high-up among the Douglas firs. Next, you’ll learn about the lifecycle of salmon with a visit to the Capilano Salmon Hatchery, before making your way to the base of Grouse Mountain.

Take the scenic SkyRide gondola to the peak, and once up there, you’ll be free to take in the multitude of attractions offered. For many, the biggest attractions are the mountain’s two resident Grizzly bears, Grinder and Coola. Observe them in their habitat as they sleep, hunt, eat and play. The lumberjack show is a demonstration of both athleticism and classic Canadian humour, while the many hiking paths offer a chance to explore the alpine environment, and the Theatre in the Sky offers regular screenings of wildlife films. You’ll also have time to enjoy a casual lunch at Altitudes or Lupins cafeteria while you’re up there. Your tour ends with a transfer back to downtown Vancouver. An alternative to taking the organized tour is using one of the free shuttles offered by Capilano Suspension Bridge (year-round) or Grouse Mountain (summer months only). They each operate their shuttles from Canada Place at regularly scheduled times throughout the day.

Tonight, enjoy a relaxed evening with dinner in Vancouver’s most historic neighbourhood, Gastown. While the area may have one foot in the past, it definitely has the other foot in the present! Water Street offers lots of popular stores and souvenir shops, as well as some respected galleries, especially those offering First Nations art works. Step onto some of the side streets and you’ll find lots of independent boutiques, many offering local designers, as well as some of the city’s coolest restaurants such as Pourhouse,and L’Abattoir Wander around to find one that takes your fancy!

❐ INSIDER TIP: Visit one of our local beaches. In 2016, The Guardian (UK) named English Bay one of the top city beaches in the world! Check out the Celebration of Light fireworks display at English Bay on one of the three event nights in late July/early August. 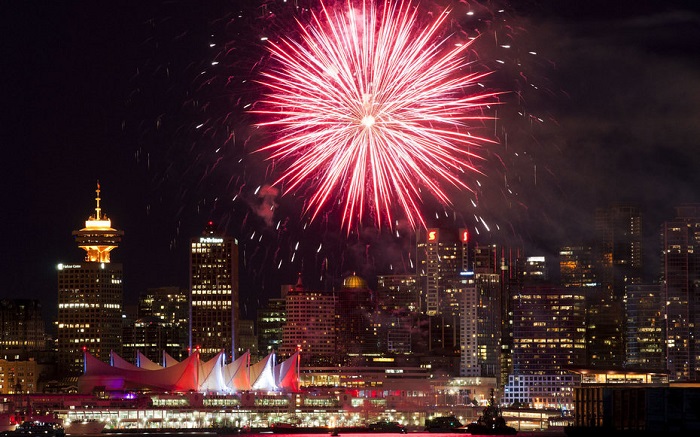 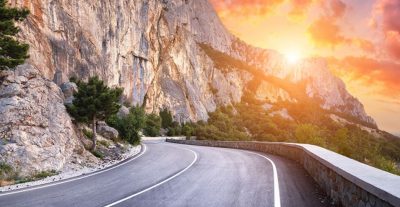